As you prepare for the upcoming boating season, you might take a look at this "minor incident".

Was understood that this series of photos was taken at the Demopolis, Alabama bridge over the Tombigbee river around 1970.

TUGBOAT
Do not try this at home.  Remember, this is a professional captain. 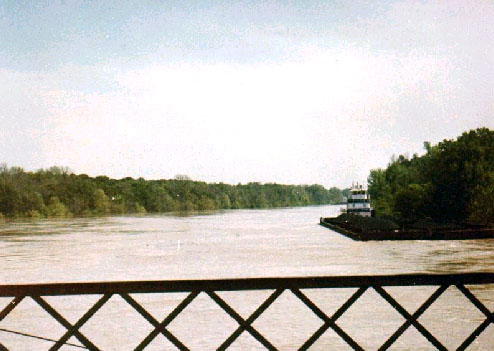 The tugboat is approaching the bridge with barges loaded with coal. 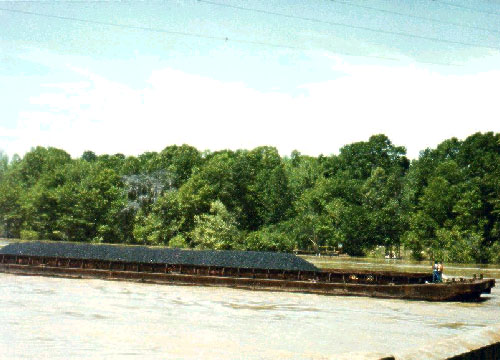 This frame gives you an idea of how fast the river is running.  Obviously at or near flood stage 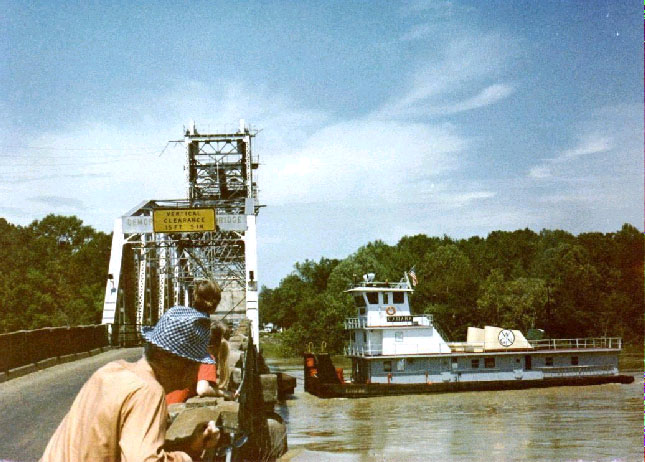 Oh CRAP!!!  The bridge didn't open and the boat can't stop.  Notice that the tug has released the barges.
He is backing as hard as possible to try and avoid a collision with the bridge. 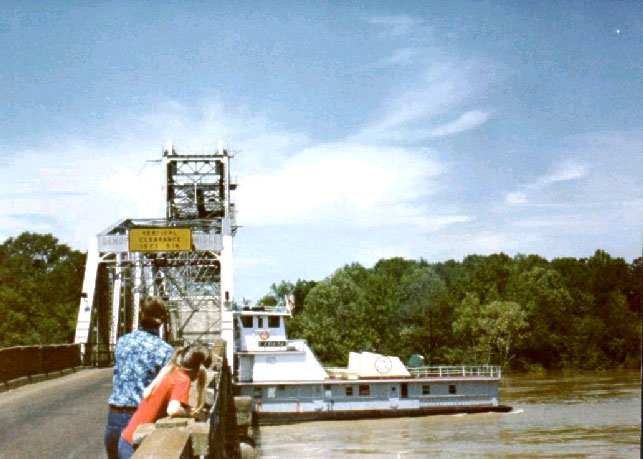 Can't back down enough against the current. 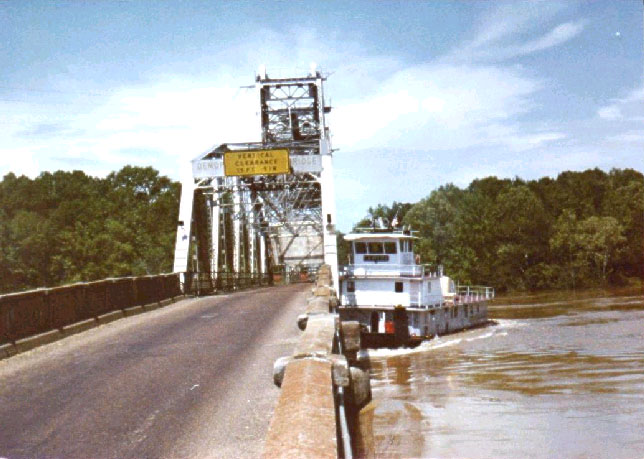 Uh Oh!  The current has swung the boat around sideways. 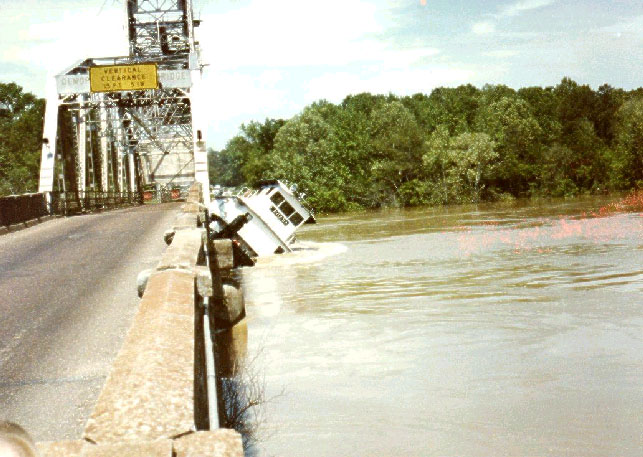 The cook thinks maybe something isn't quite right. 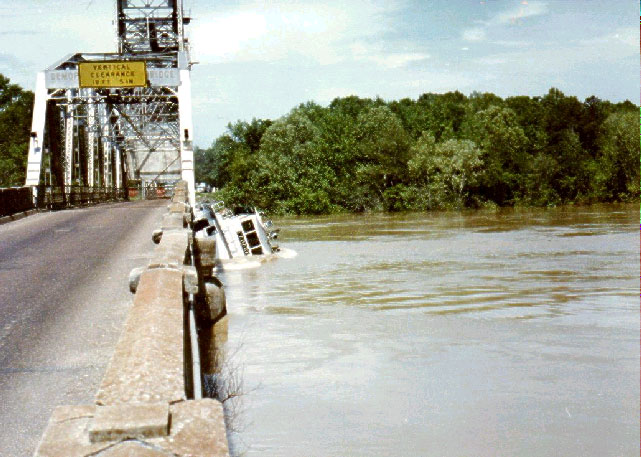 The boss is going to be REAL mad! 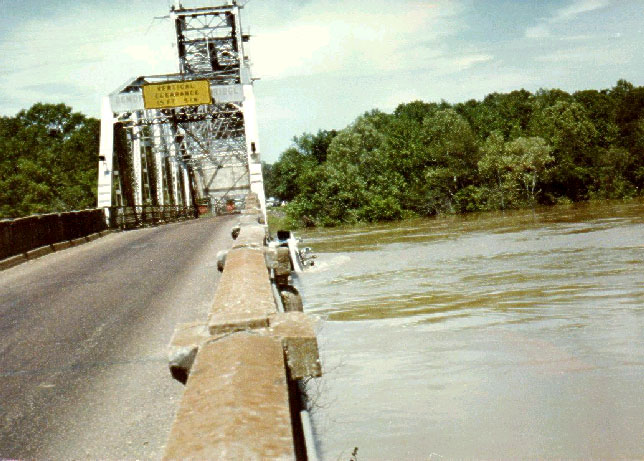 Uh... Boss?  Do we have flood insurance on this boat? 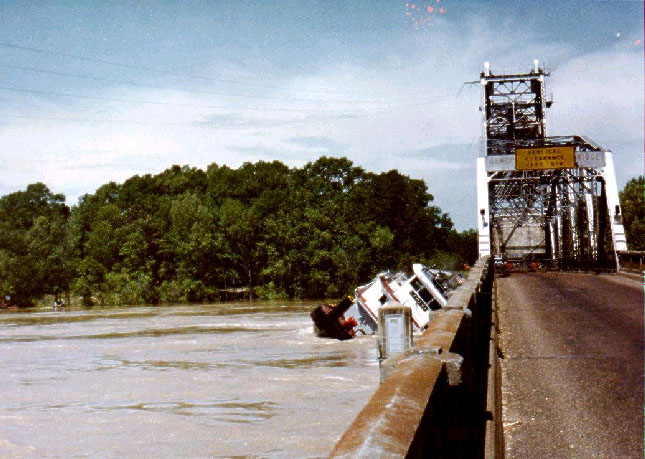 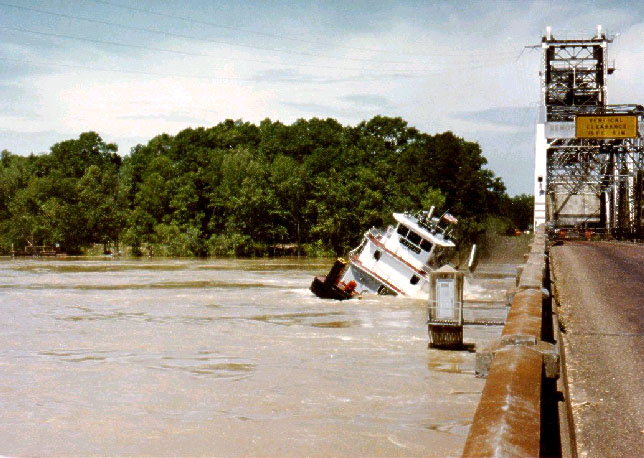 She's low, but the flag is still flying. 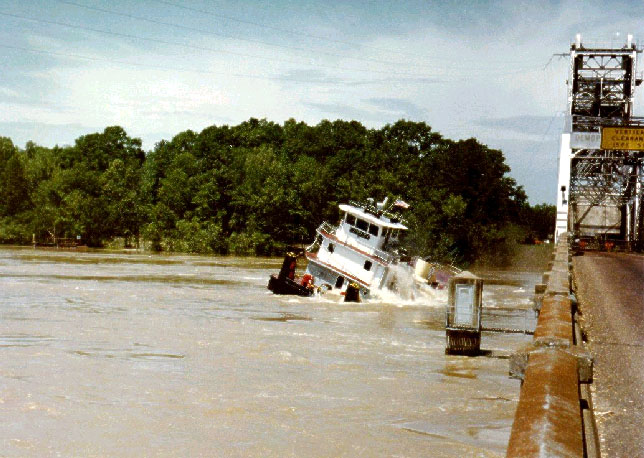 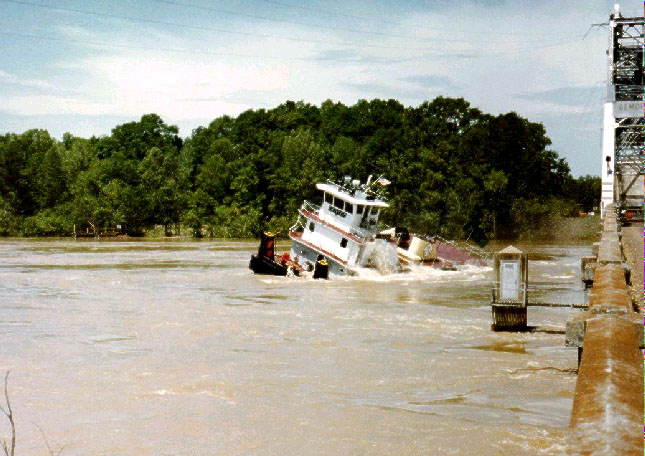 The wheelhouse door and the door in the second deck are now open.
Look close at the bottom righthand side of the picture and you will see that the bridge guardrail is underwater. 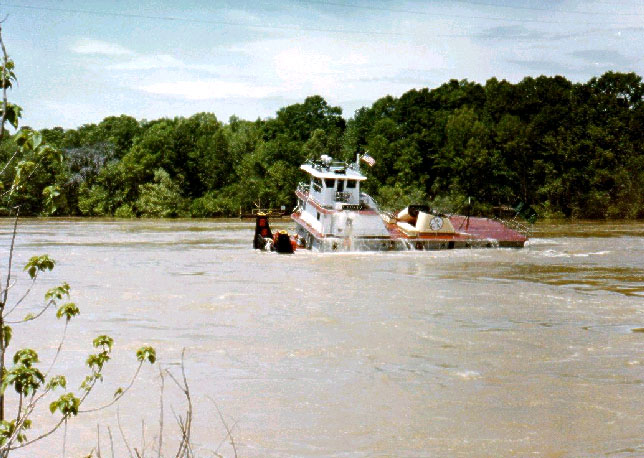 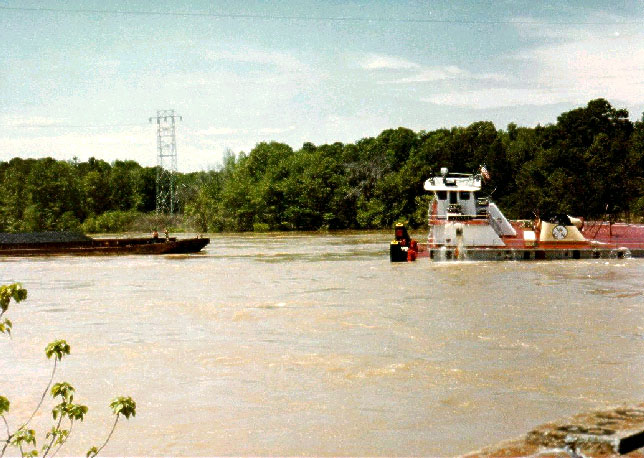 Look at the water pouring out of the second deck doorway. 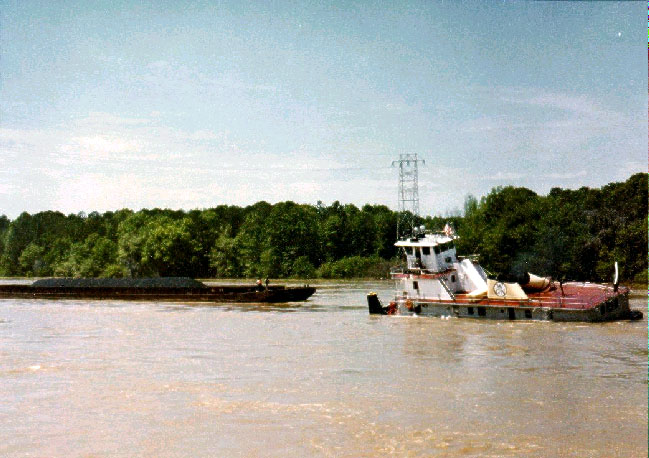 The working deck is still underwater, but rising. 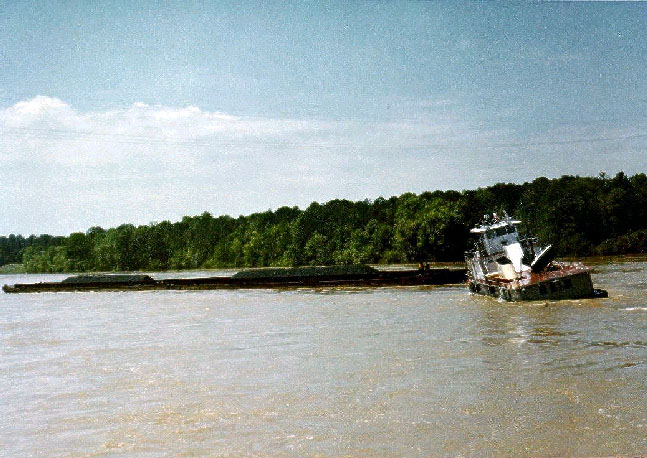 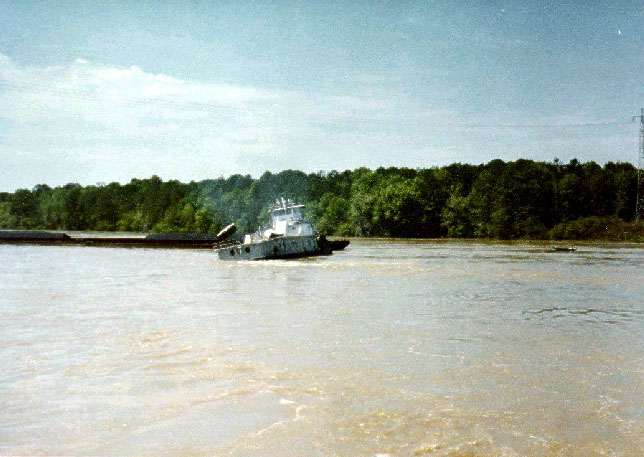 Notice anything unusual?  Look at the smoke coming from the exhausts.  This thing is running!!! 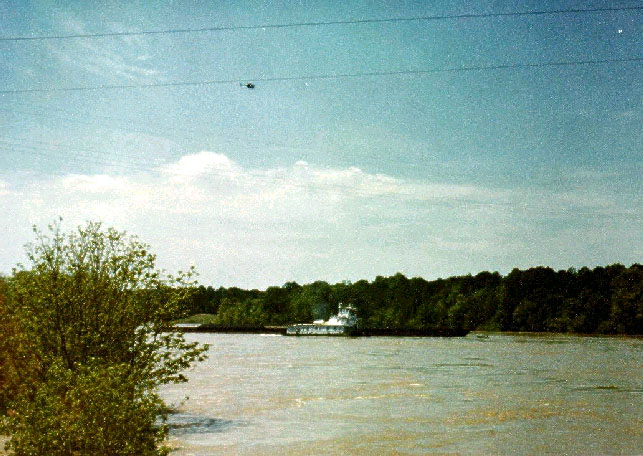 Notice the propwash at the rear of the tug.  The boat is upright and back under power.


Ho Hum.  Just another day on the river.

But don't you know there was some Pucker Power