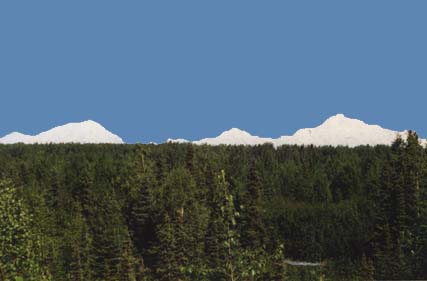 Bill Resides with his wife Sarita, Tara (French Bulldog)and Casey (Bosyon Terrier Mix) in Chugiak Alaska. Bill has made Alaska his home since 1938. He met Sarita in Anchorage AK 1953 and married in Costa Mesa CA Jan 1956.

Daughter, Creta her husband Troy and grandson Colin live in Eagle River eight miles to the west of us.

Served in the USMC 4-54 to 4-57 position held Helicopter Crew Chief. Most all of working career was in aircraft maintenance, Last full time position was Aircraft Mechanic Supervisor for the Alaska Army National Guard. Retired in 1990 *S*. Worked part time from 1981 to 1997 as a Aircraft Maintenance Instructor for what is now University of Alaska Anchorage. Hard to call work as it was a lot of fun for me.