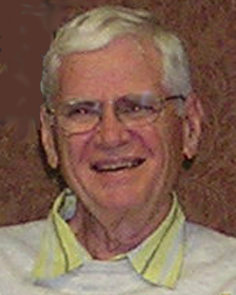 Alaska's State Flower the Forget Me Not 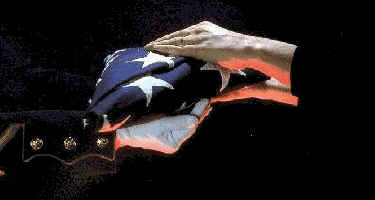 
JOHN P. SMYTH, of TOMS RIVER, died Saturday, Aug. 25, at Ocean Medical Center in Brick. Born in New York, he moved to Philadelphia, Pa., where he lived as a child before moving to Toms River. He worked as a metal fabricator for Lakehurst Naval Air Engineering for over 30 years. He served his country in the U.S. Marine Corp. and was an Atomic Veteran.

Visiting hours will be held from 2 to 4 p.m. and 7 to 9 p.m. Wednesday at Carmona-Bolen Home for Funerals, 412 Main St., Toms River. A Mass of Christian burial will be held at a time to be announced on Thursday at St. Luke Roman Catholic Church in Toms River. Burial to follow at St. Joseph Cemetery, Toms River.

This space reserved for Johns Bereavement when I receive it.

We all have friends, some lots others few. I have to believe that John has lots, I'm honored to be one of the many.


John and I first met while attending HO4S school at MCAF Santa Ana. We both had been assigned to H&MS 36. John to the sheetmetal shop and I to powertrain buildup, then later to the flightline were I crewed the HO5S. We both later were transferred to HMR 363 for operation Redwing.


John always greeted everyone with the biggest and brightest smile, that smile will be missed by all who had the pleasure of being on the receiving end.


When HMR 363 members started seeking out fellow members it was John who took the bull by the horns to reunite us through e-mails and set up our reunions. For which all of us are truly grateful.


With a proud Salute I honor The Man, The Marine and Our Friend John P Smyth


We met inJacksonville Fl. at the a&p school ,He didnt know what achool to go to I said I was a sheet metal Apprentice ,and I thought the am school would be good for us ,as there would be work for us after the Corp.So we went to Millington Tenn. for our 14 weeks then John had a better final score and had first choice for Marines of any aviation station he wanted ,I told him I wanted El toro base squadren as I thought that would keep me in the states ,He gave me the right to choose and he went to mag 36 but it back fired on me as they had only one plane and they already had a metal smith I worked the brigg for 30 days then was sent to HMR362 where I ran the metal shop .John and I went to my family on week ends in nearby Highland Park (subburb of L.A.)

He stayed with me after the service for a while ,then he decided to head back to Philly . Later he brought his son Brian and daughter Kathlene out for a visit ,He went into the Air Force for a short time and and got out early because of a recession ,He said after you are a Marine it wasnt the same in an other branch.
The next time I seen Him was at the Reunion in San Diego and I met the 363 group , That was a great time and seeing the recruits graduation ( I wonder How many went to Irach or Afganistan?) John and I emailed frequently.He kept his faith intack all these years,When revelry is called we will have a great time.
Semper Fidelis
Loyal Severson


Without John, the mustering of the Marines of HMR 363 would never have taken place. His dedication and detective-like skills located numerous HMR 363 Marines, as well as many other Marines from other helicopter units.

Making it possible for us to get together again after a separation of 45 years is a gift of inestimable value. We are all in his debt, and he will remain in our thoughts until we the final muster at which all of our names will be called.
Semper Fi!

John was one of the standout memories of my early exposure to the Corp.
We worked in the metal shop together for a short period until I was transfered out to to the flight line as a mechanic. He always seemed to have it all together as a young Marine.

I will always have memories of John as a concerned guy with a gentle quiet strength. I especially appreciate the work and effort he put into getting the HMR363 group together. The E-Mails and updates of the whole group took much time and effort on his part. Greatly appreciated.

Thanks to Jack Childs For Representing the group.

A Marine Corp Salute to you JOHN SMYTH.


I first met John when I joined HMR-363 in the mid 1950's. John was a metalsmyth and I was a parachute rigger. Since the parachute rigger school was at Lakehurst , New Jersey , which was very close to Toms River, we had some things in common. Our friedship continued while we were stationed together.

The internet helped many of us get together again for re-unions and the ability to renew our friedships. John was the great communicator. He kept us very informed on all kinds of topics. Planning the re-unions, passing on many jokes, keeping up with our military and searching out information on the heritage of the Marine Corps.

John will be missed very much not only by his family but also by his Marine brothers. Rest in peace John. The word Semper Fidelis meant a lot to John.

As we age, our memory of years gone by begins to fade. Details are a blur in some of the early years of our lives. But I think the overall memories we hang onto are the ones we feel deeply about, even with fewer details as the days go by. Such are the years, months and days spent with our fellow Marine John P. Smyth. We will miss his leadership as the one who planned, organized and yes prodded some when it came time for reunions, the cartoons he emailed to us all and just some small talk to share. There are leaders and followers in this life and John was a leader. He will be respectfully and dearly missed. Rest easy my friend in the house of our Lord & Savior, Jesus Christ.

We shared quite a few days together with another fellow Marine Jackson (first escapes me now). We three went on leave to our homes. John in PA., Jackson in NY and I in NJ. While on leave I bought my sister's 1955 Ford and when it was time to return to our base we all met and drove back to the base. Two details of the trip back to the base I would like to share with all those who read this. We were in Missouri on Rt 66 and were pulled over by a Trooper for speeding and more. The more was a police fixed wing airplane clocked us and when I saw the plane so low and not knowing it was a police plane I flipped the bird to the plane. Well we begged the trooper to let us go on as we were Marines on our way back to our base in CA. He let us go and told us not to come back. The second detail was we stopped at a motel in the night and asked for a room and were told that it was a whites only motel and Jackson was black. John and I could get a room but not Jackson. Well John and I told him to place his motel where the sun does not shine and left. The car was more comfortable than that motel. That was John, a true Marine and human being. SEMPER FI.........

Send me an e-mail with your message and I will insert it here
Bill@avnut.com