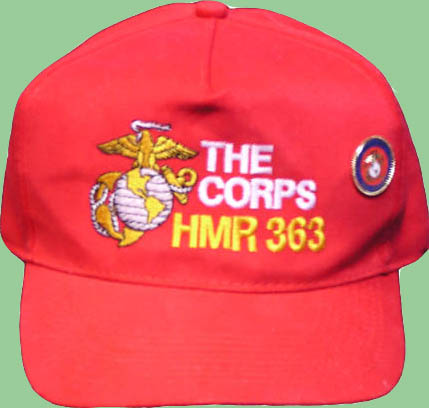 Thanks for the Hat & Pin Hank!
Thanks to John and Larry for their hard work and dedication the 04 Reunion was outstanding.
See You in 05 San Diego CA 04 Attendees 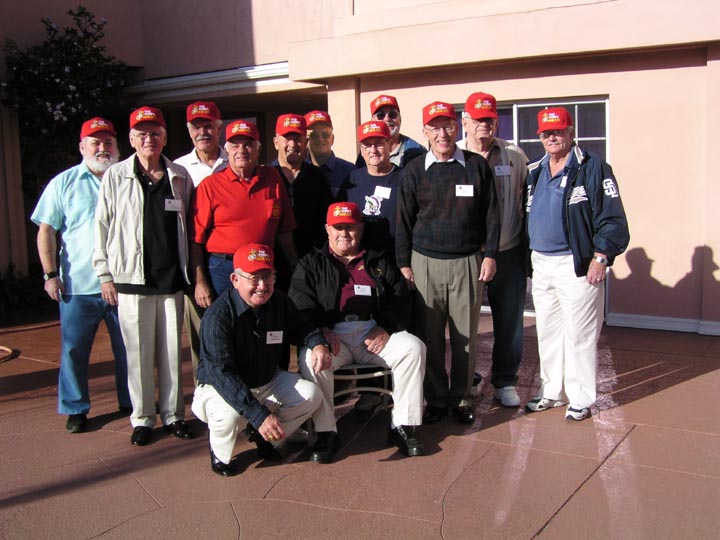 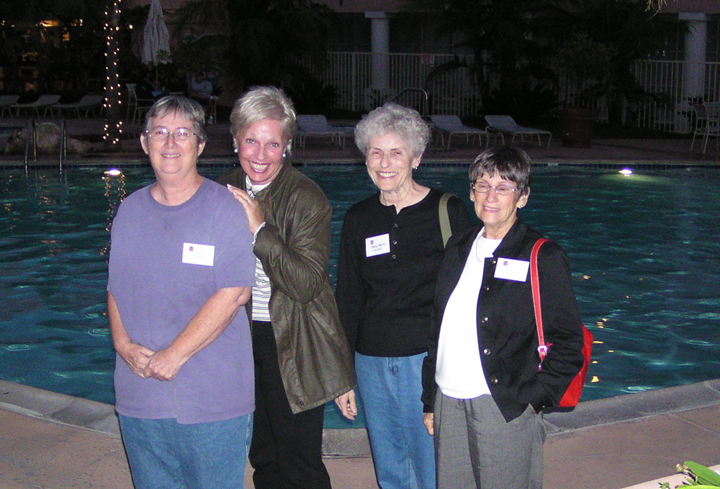 The accommodations Larry had us set up with at the Handlery Hotel proved out to be an excellent choice. We had a meeting room for the entire time and a separate dinning room for our Saturday night dinner.

Most of our time was spent in smaller groups trying to remember the good times and catching up on the past years. We spent a lot of time trying to remember and identify the Bing Ding picture participants. We did fair but still need some help from some of you who were not there for your input.

On Friday morning we attended the graduation of seven platoons of Company H at MCRD. 498 young men became Marines right before our eyes. This really made the ole heart pump; knowing most of them would see action to maintain our freedom.

Friday afternoon most of us went on a two hour Bay Cruise. Not all together I might add as three were late and missed the boat (Bill, Jack & John). Not a problem as the two hour cruise was made up of a one hour South and a one hour North so we all were together for the North cruise.

Saturday most of us attended the Flying Leatherneck Marine Corps Aviation Museum MCAS Miramar. Saturday nights Dinner speaker was Willie Sproule, he recruited Bill Reddington to talk helicopters and Squadrons and Chuck Eichof to tell us about his receiving the medal for saving Gene Andrejewski's life after a helicopter accident at Pickle Meadows.

During the Dinner a vote was taken for time and location for the next reunion. Most wanted reunions to be held every year.

So hope to see everyone In Branson MO Nov. 2005. We desired to keep John busy keeping us informed of plans.