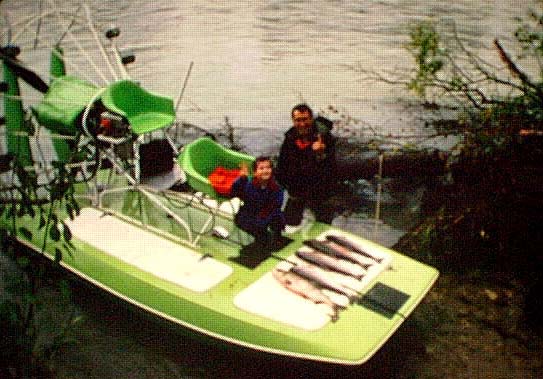 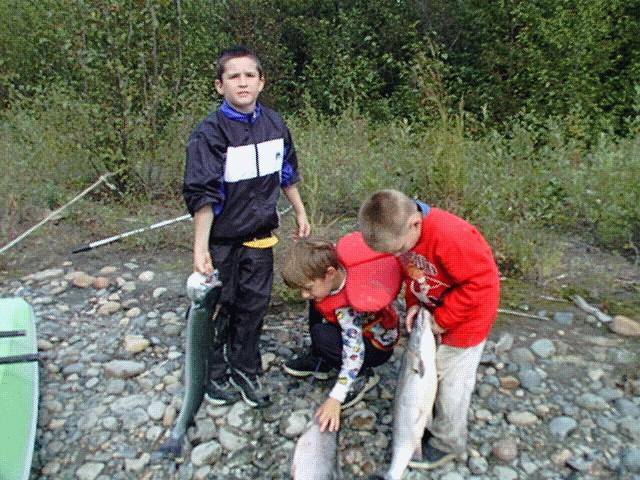 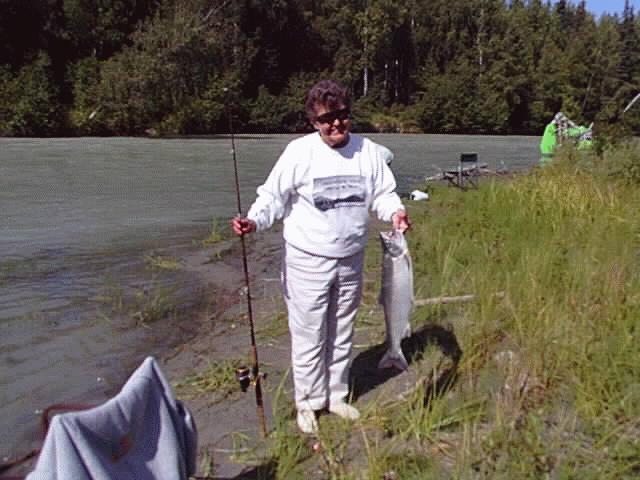 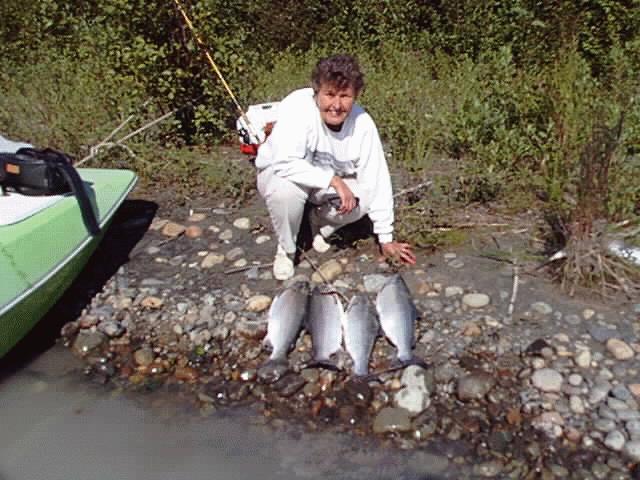 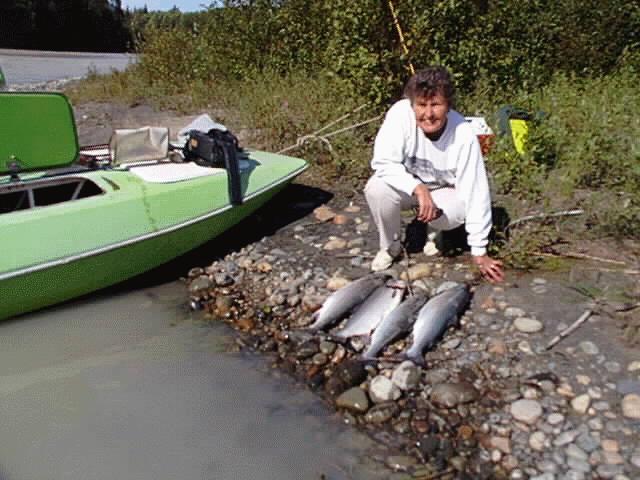 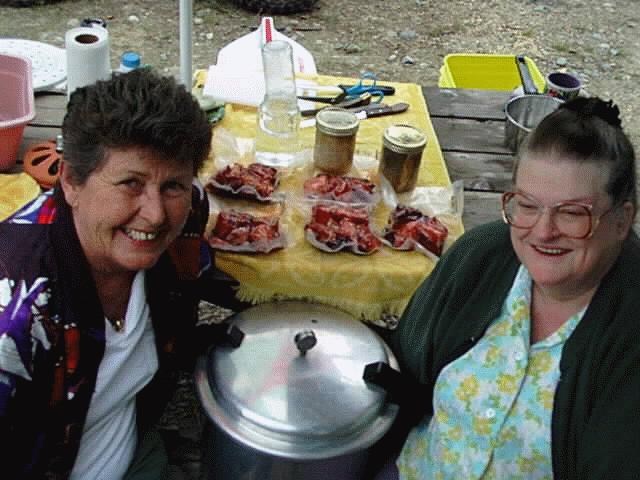 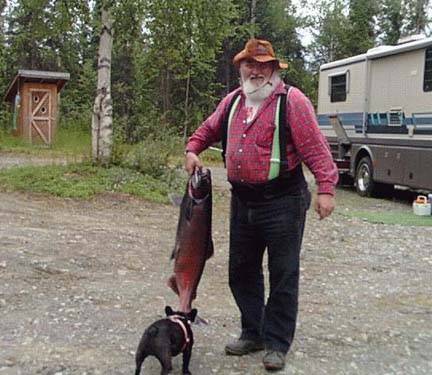 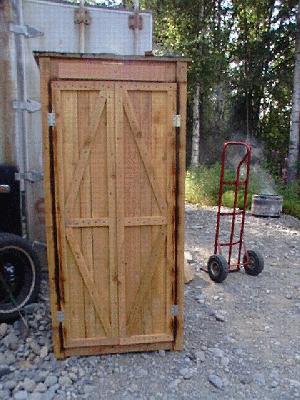 Smoker I built at the Cabin Site 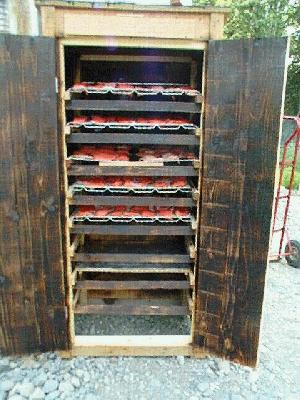 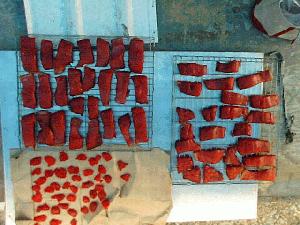 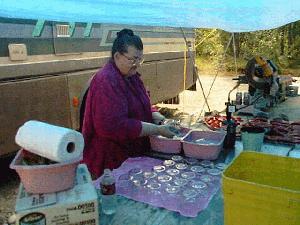 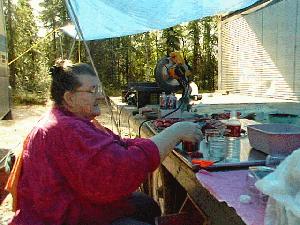 Due to my injury 05-14 I found myself on extra light duty. No fishing allowed until 06-14, then with some major resrictions. Only to fish from a boat and no netting are handleing anything over ten lbs.. Sarita was very concerned about me going out King fishing, I pleaded that my fishing buddy Rus would do my heavywork. Went out 06-16 0600, hooked a small King was no problem bringing in. Then hooked a 33 #er, different story had a workout getting it to the boat so Rus could net. After preparing the fish for smoking I was really worn out. Decided I would back off and rest instead of going out again for a bit. 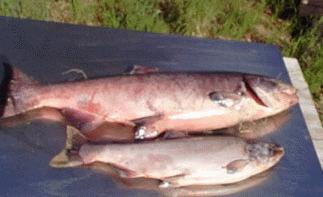 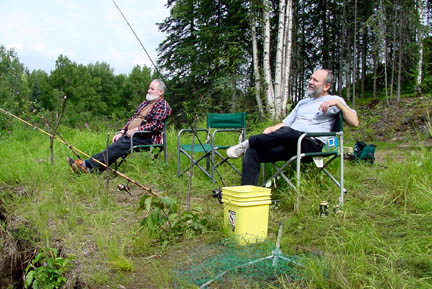 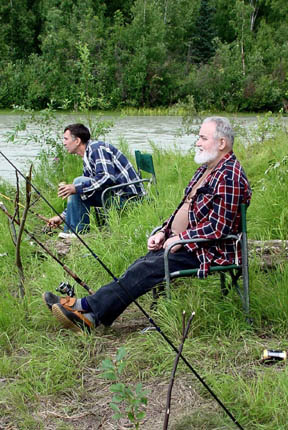 Son-In- Law Troy
BACK: To Links